Is The Crab Mentality Holding You Back? 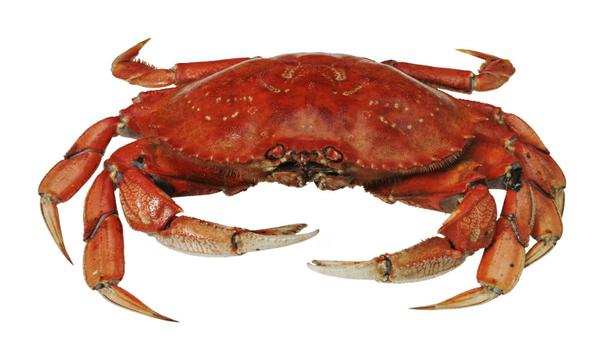 There’s a popular concept referred to as the Crab Mentality.

It states that if a crab is in a bucket, alone, it may climb out.

But, if there are other crabs in there, too, the crabs at the bottom will grab onto the legs of the other crabs and pull them back down…preventing them from escaping.

This leads to none of the crabs being able to climb higher to escape their plight.

Many people say this clawing action is due to the crab’s “all for all, or none for none” thinking …

but, we all know crab’s thoughts are not that sophisticated, so this action is really only due to the fact their hand-eye coordination is a bit clumsy!


But the concept of people pulling someone back down if they try to climb higher is seen in most populations across the world.

Our motives and actions are criticized, critiqued, judged, and questioned.

These harsh accusations are thrown on us by our peers, family, colleagues, and, yes, even our closest friends.

Some people sincerely want to keep us ‘safe’ so ask us to remain ‘small’.

This Crab Mentality comes from other people who are threatened by our success. Or our attempt at improving our situation challenges why they too aren’t doing anything to move up.

People have tried hard to hold me back more times than I can count. They said my ideas are “too radical”. Too crazy. Too unusual. Too…

Crazy Idea #1:
The first time I was aware of the crab mentality was when I was offered a 6 weeks position in a dance company touring Australia. It meant I would leave my hometown to end up on the opposite side of the globe. I was about 23 years old and my dance colleagues strongly encouraged me to stay home because it was too dangerous.

Luckily, my parents and then-boyfriend encouraged me to go.

If I had listened to all the people telling me not to follow my heart, who knows where I would be now?

And, I think of how all the clients, patients, students, and my family would not have had the ability to benefit from me taking the risk of climbing up and out!

The next time you step up, move ahead, and make big strides but feel uncomfortable because people remind you of “where you came from”, how “people like you are not supposed to do that”, and why it’s “Not O.K….”,

remember it’s the crab mentality keeping them down.

Even if they so desperately want to join you crawling out of the bucket… they can’t or won’t.

I’ve been buoyed by others. Now I’m both a lighthouse and a safe harbor for those of you who want support to climb as high as you possibly can!

Is it time for you?

Reach out so we can have a talk.
Let’s see if and how we might work together to reach your BIG goals!

About the Author Irene Diamond

Business mentor, Educator and Inspirer to Clinic Owners & Solo Practitioners. Love to hear from you ~ Please share your thoughts in the comments below!

Are You Really An IC or Employee?

What to Do When A Client Cancels The Same Day?

Please log in again. The login page will open in a new tab. After logging in you can close it and return to this page.